My husband and I were married when I was 19 and he was 21. Now 3 1/2 years later we are expecting twin baby boys in December. I will have two babies when I’m 22. And we wouldn’t have it any other way. (Note: This post was originally published in November 2012.)

The Lord is so good and Jason and I were able to find each other at a young age. While I know this doesn’t happen for everyone, it was God’s plan for us. But being so young comes with it’s difficulties. Do you know what the most difficult thing about getting married young is? The world’s reaction.

I am so lucky to have a wonderful husband and while we have the same struggles that all married couples do, we don’t struggle more. Except, that is, with how the world perceives us.

Take this article, for instance, that suggests marriage before 25 should be illegal. Our modern culture simply doesn’t understand why someone would get married so young (or have babies before 30 for that matter!). I was thinking about that this weekend and it led me to think of many “myths” of young marriage. We have encountered these as the world assumes these about our marriage. And I have heard from many of you who feel the same way.

10 Myths of Getting Married Young

1) We got married without our family’s support

Many people assume that we recklessly drove to the courthouse one day and got married without our family’s support. When we first got engaged and married we had many people ask us what our family felt about all of this.

We happily shared that both of our families were fully supportive, happy for us because they knew it was the right decision, and helped us with the most beautiful wedding I could have ever asked for.

2) It was a rash decision

Young marriage has this reputation that it was made out of a rash, un-thought out decision. When in reality, we had talked about it for a long time and had hours and hours of conversations. We studied what God’s word had to say about marriage. We talked about if we were spiritually mature enough to take this on. We asked other older and wiser Godly married couples what they thought. We evaluated what it would mean financially, and we talked for a long time about the right timing.

In the end God confirmed our decision and led us to the perfect wedding date: May 17th, 2009. I don’t doubt that some young married’s do rush into marriage without a lot of thought…but so do many 30 year old’s.

3) Our marriage won’t last a year

Now this wasn’t something that was said to our face. But we know the feeling is out there. You hear of a young couple, fresh out of high school or college, getting married and many assume that the marriage would be over by their 1st anniversary. And sadly, I have seen this happen. But it doesn’t have to characterize all young marriages and certainly wasn’t the case with ours.

4) We got married due to pregnancy

Oh this is the one that lurks at the back of everyone’s minds. Maybe she’s pregnant? When we first got engaged, I was attending a play at my brothers public high school. We ran into some parents of friends I had in high school (not Christians) and when my Mom told them I was engaged, they said very loudly “What are you pregnant??” Um. no. I wasn’t. It was very embarrassing but I also understand that to them they saw no other reason to get married at a young age. Thankfully this idea doesn’t last very long once you have been married for 9 months and no baby 😉

5) It will never last

I guess we can’t attest to this yet. But we have lasted 3 1/2 years and are still going strong. We have a firm commitment to Biblical principles, and divorce will never be an option for us. Death is what will separate us, and that will come in God’s timing. But at least with each passing year we can be a testimony to all those who doubt. You can read more young married stories and see the beautiful and lasting marriages that have been produced from these unions.

6) Our parents must have/still be supporting us financially

As we were approaching our first year anniversary, I had a coworker ask me this. She was probably 31 or 32 and had been married for about 4 years. We were just chatting about the fact that we were moving to another city nearby for my husband to be closer to his new job. And she asked me if our parents were paying for our bills. You see, my husband was just about to graduate college in a few weeks and I still had a year of college ahead of me. She assumed that our parents were paying for our rent, school, textbooks, etc. When in reality we were on our own for college from the very beginning. We worked and paid our way through school (with the help of some student loans).

But we were financially independent adults. No different than any other “adult” marriages…her question really took me off guard. Note: Our fabulous parents did help us out with the wedding and honeymoon and we are so thankful to them for that! They gave us a beautiful wedding!! 🙂

7) We will/do fight more than an older couple

We had so many people warn us that our first year would be terrible, hard, and that we would spend much of the time fighting until we worked things out. People expected that because of our age we wouldn’t be able to handle this new responsibility. But you know what? Our first year was amazing. Sure we had a few adjustments to make with living together. But really our first year was marital bliss. We were finally married and enjoying all that brings with it.

In many ways I think we had less to fight about than older couples getting married. We had never lived on our own before or had our own apartments (except for one year of college when we both lived on campus). We didn’t have our “own” money to spend as we like and get set in our independent ways. You can read more about how we grew together with money as a young couple.

8) We are not a “real” married couple

Some people (even within the church) acted like we were just “playing” married. People, such as my coworker, were surprised that we were financially independent of our parents. Still others were shocked to hear that my husband worked a full time job his senior year of college (going to school full time). They thought it strange that I was a college student, working, and yet I was married and talked about things like cooking dinner and cleaning my house instead of talking about parties and staying up until 3 am every night. People didn’t know what to make of two college students married…acting like adults.

Okay this one is partly true. When we first got married we knew no one else as young as us who were married (and we attended a Christian university BTW). And now as we are expecting our first babies, no one else our age is at this stage. But that’s okay. Most of our friends are older than us but at this same stage. Most of our friends are 26 to 30 and expecting their first baby. Our stages of life are the same and we have often found that the people our own age do not have the same mindset as us because they are in a different stage of life. That is fine, we still have wonderful friendships and connections! It’s okay if we are usually the youngest couple when we get together with friends.

10) We are not ready for marriage

And this is it. Here is the biggest myth about young marriage. That because of our age, regardless of any other factors, we are not ready for marriage. The people who really knew us never questioned our readiness for marriage. They were not surprised by our engagement and wedding 7 months later. It was those who simply looked at our ages and judged us. They would look at our ages alone and assume we were not prepared for marriage. I wrote a lot about this here: Should Marriage Before 25 Be Illegal?

The second annual Homemaking Ministries Online Conference 2015 pre-registration is now open!! Join us for 12 video sessions, over $200 in bonuses, a beautifully designed home management binder and more. The conference is live October 27-29, 2015 but after the sessions go live, you can watch anytime, anywhere, and on any device! The perfect conference for a busy homemaker on the go. This year’s theme is The Ministry of Homemaking and we will be exploring topics such as prayer, homemaking schedules and routines, how we can find joy in our homemaking, spiritual disciplines for busy homemakers, and more! Plus, join our exclusive Facebook group as we share resources, tips, encouragement, and more. Find out more about the conference and pre-register here. 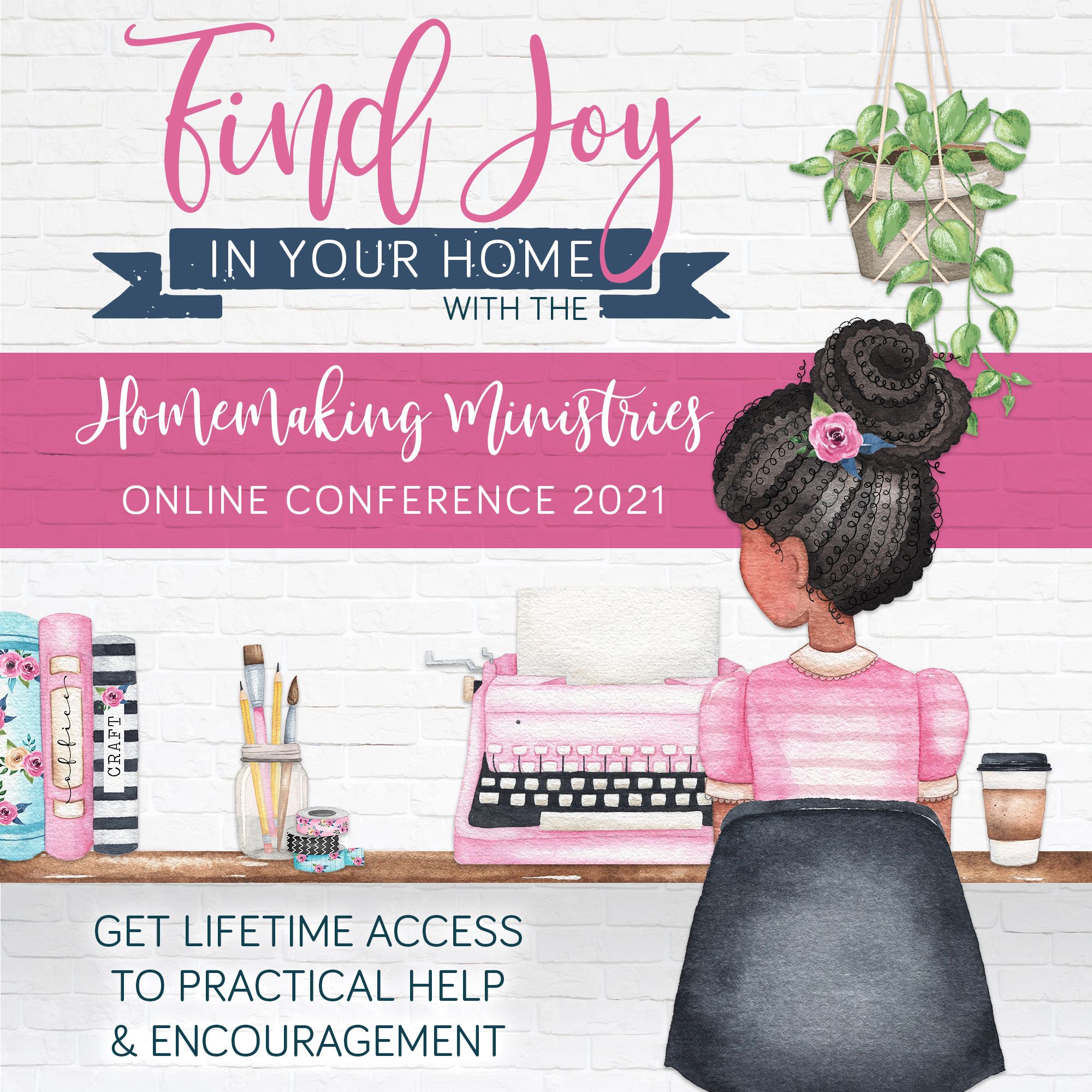 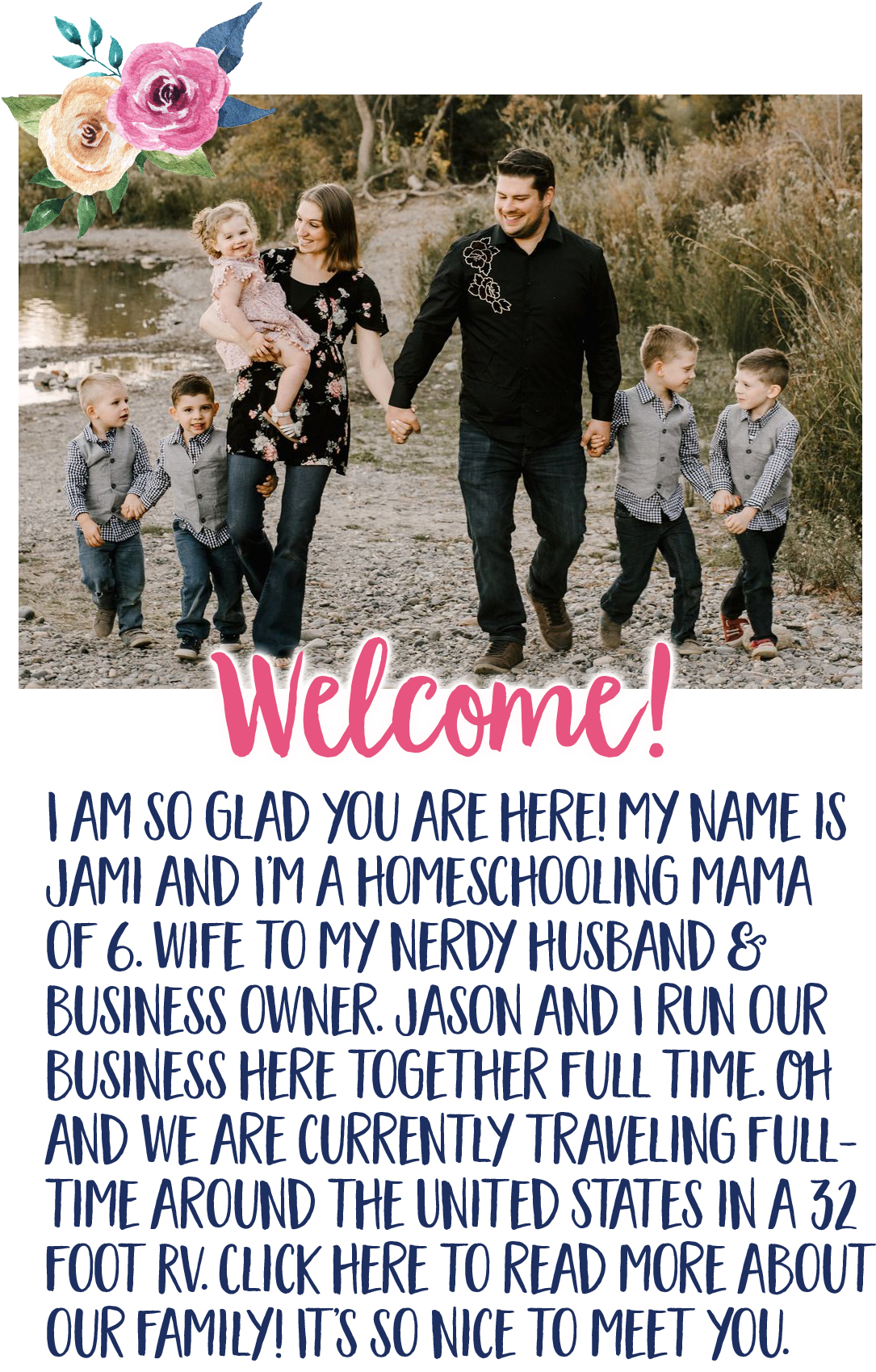